A story of abstract paintings 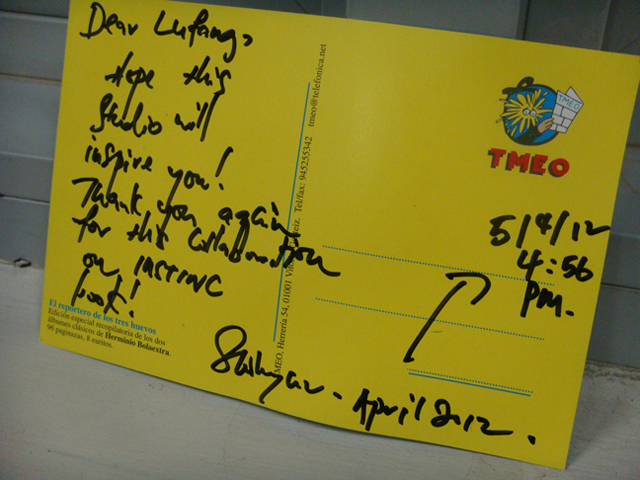 It started as a non-monetary exchange – writing to document happenings at the residency art space + gallery in exchange for the use of studio space. Once a week, over a period of about 8 to 9 months from 2012 to 2013, I would spend time at the studio to make art. Intrigued by another project, the fast and intense process of pouring (coloured resin + hardener) to create a Polyurethane floor using the BASF Mastertop flooring system, I wanted to try it on a smaller scale with wet acrylic paint. 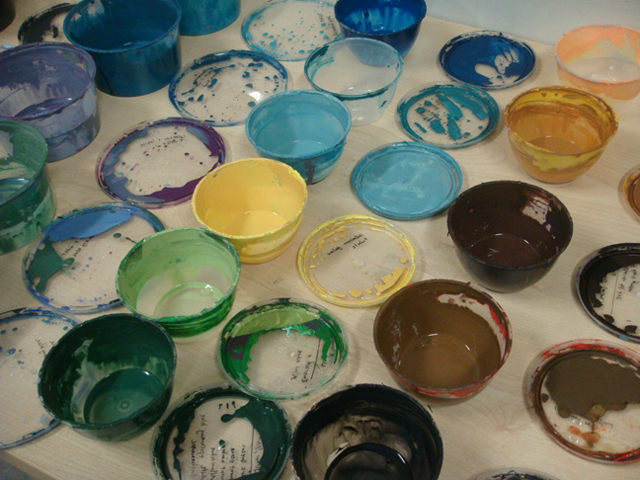 And so began my first experiments! There was something fascinating about watching the colours flow naturally… 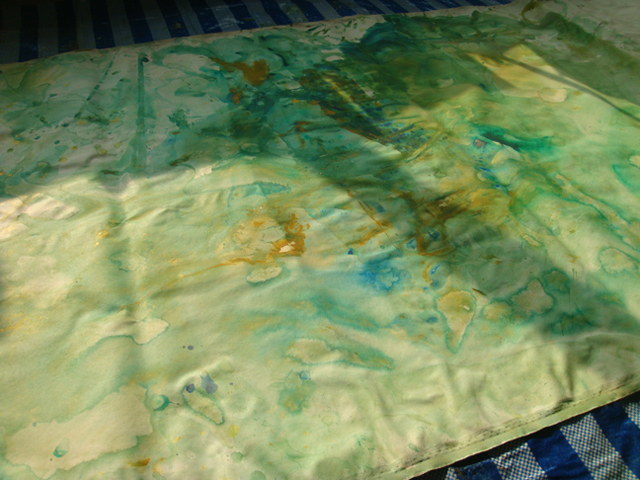 In an attempt to minimise wastage of paint, I laid out a large unstretched piece of canvas beneath, to catch the drips and overflows from working on smaller stretched canvases over it… 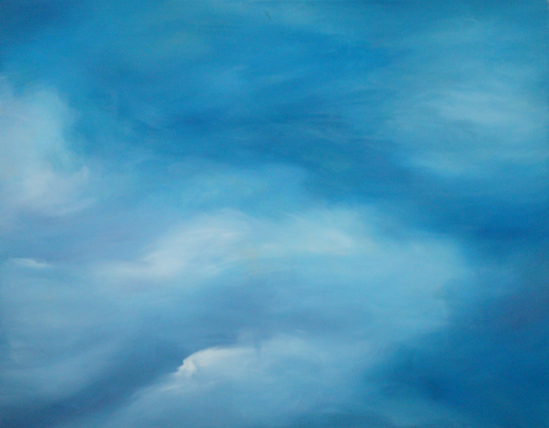 Many of the smaller stretched canvases had a “previous life” as another painting… some were old works from my time in art school, others were unresolved paintings that I had kept in storage for several years. With each additional layer of colour, each painting took on a new life, a different feeling. As with the experience of life, once the wet paint has been poured onto the canvas, there is no going back… there is no way to erase the paint, or to remove the new layer of paint without leaving traces.

The painting becomes either an encapsulated moment of success, or remains in the process of becoming one. 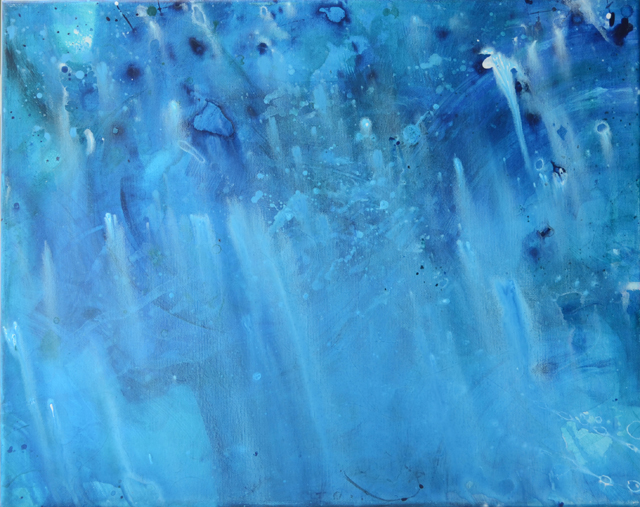 Some paintings have it easier than others – they seemingly arrive at success in one layer… (Though the truth may be far more than what we are able to see, initially.) 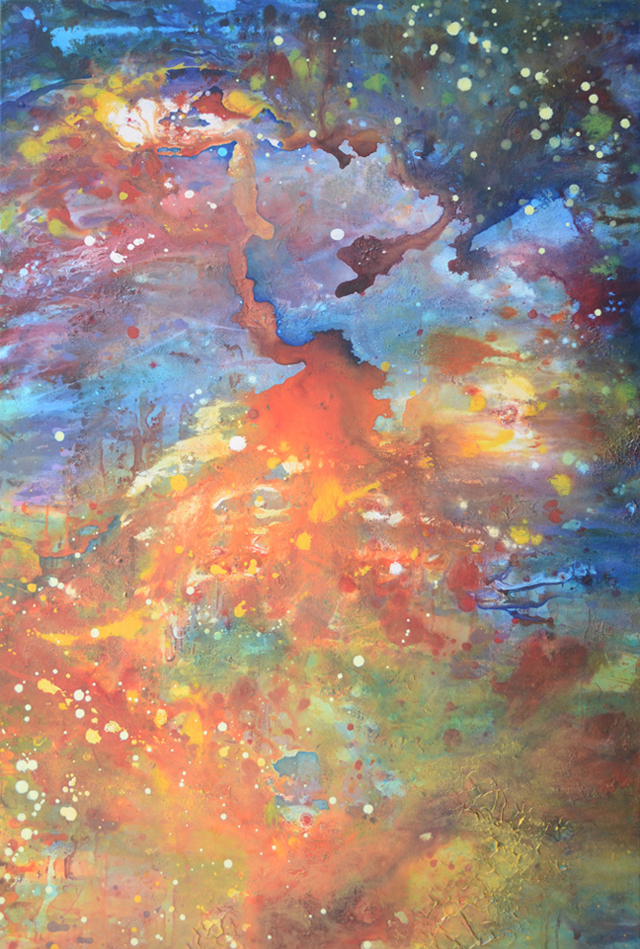 Other paintings experience setbacks, and require continuous reworking… but as the adage goes,

“If at first you don’t succeed, try, try again.” 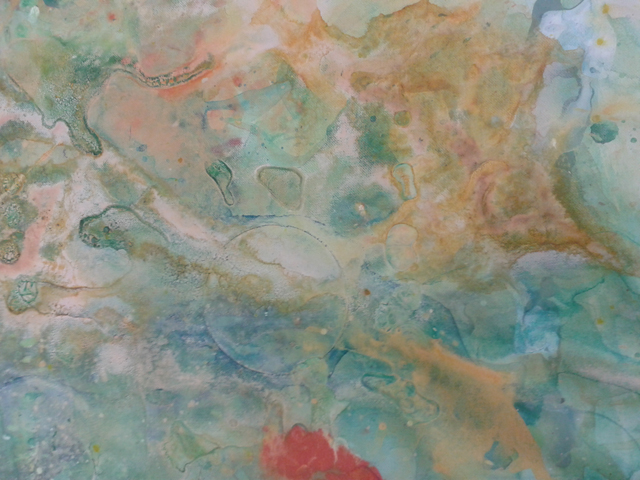 Meanwhile, the large unstretched canvas sheet lying underneath is undergoing a transformation of its own. With the reworking of each smaller painting above it, pools of colour form and gather spontaneously, seemingly at random.

With each week that goes by, new layers of marks and colours, experiences, memories are formed. 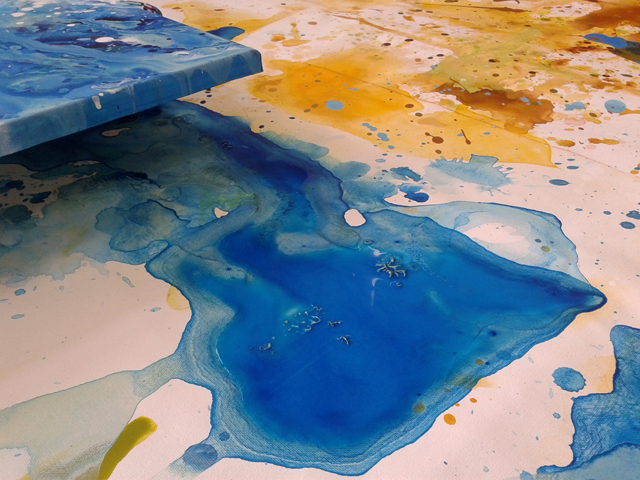 Like a child in his formative years, the large unstretched canvas sheet has been fast absorbing the influences of those around him. His environment is nurturing his nature. Some marks are faintly delineated, but they look like they could be interesting. Not everything should be left to chance, it seems.

There is magic in arriving at the balancing point – between chaos and order, spontaneity and control.

The challenge is… are we there yet?