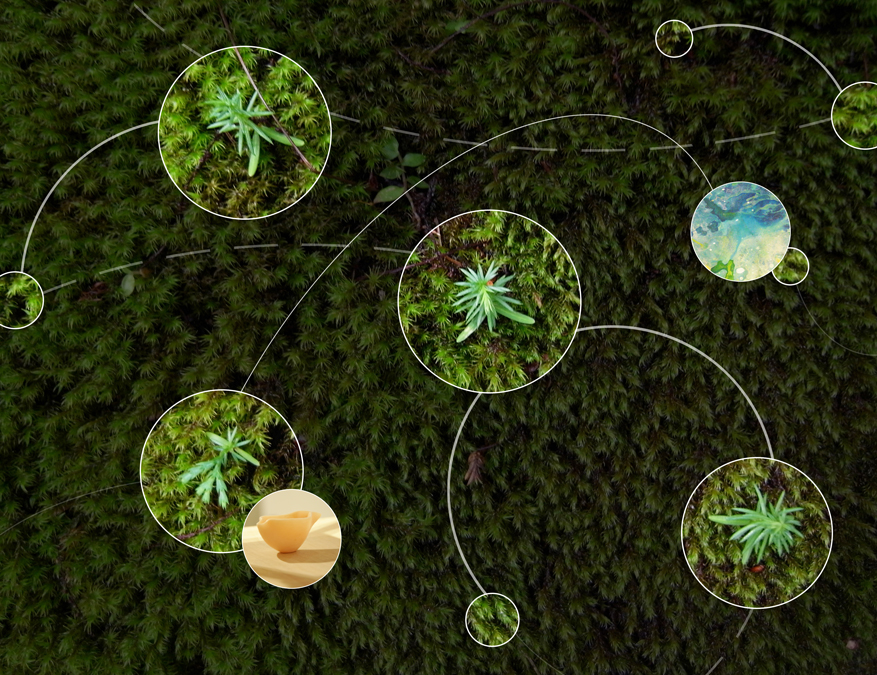 “Invisible Connections” is a musing on the invisible threads weaving people together in a grander narrative which people remain mostly unaware of. Sometimes it may seem as though we are fighting our own battles, but we are all connected – families, friends, even strangers. Everything that we know, have and use came about because of someone else’s efforts… Artist initiatives / residencies can help other local or even international artists, through opportunities which can create invisible links for the future. Like planting a seed from doing something good, you don’t know when the seed will grow, or what shape it will take.

Featuring sculptures and paintings by a Japanese artist Maiko Sugano and a Singaporean-Taiwanese Hsiung Lu-Fang, “Invisible Connections” is an exhibition which sprouted from a connection made more than ten years ago in 2001, when Maiko Sugano first met fellow artist Yeo Shih Yun in San Francisco before Yeo started Instinc Space. Twelve years on, Yeo has invited Sugano to Singapore for an art residency and exhibition, placing Sugano serendipitously together with Hsiung in the same show. 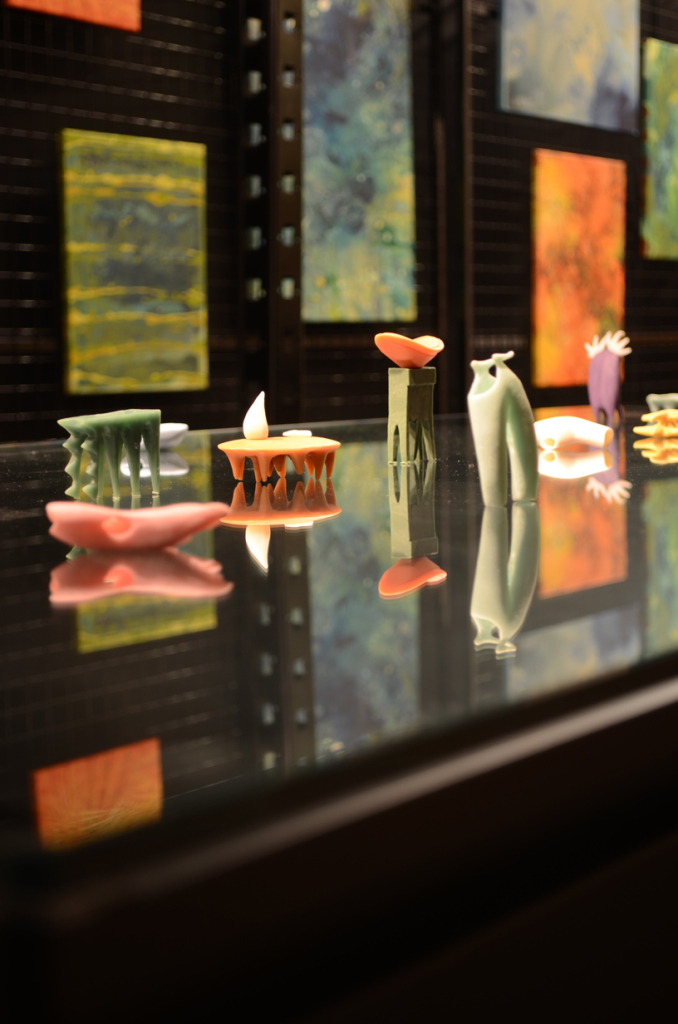 Born in Tokyo in 1974, Maiko Sugano graduated from School of Fine Arts at Tokyo National University of Fine Arts & Music in 1997, and in the same year she received the outstanding performance award at Parco ARBUNART 6. After working for a design farm, she embarked on an around-the-globe trip, and ended up living in San Francisco in 2000. She was a grantee of San Francisco Foundation’s scholarship and California College of Arts, and completed her MFA at California College of Arts in 2004. Since 2006 she has been working as a teaching assistant at the department of Intermedia Art at Tokyo National University of Fine Arts & Music. Director of the Domestic Art Project YOMOYAMA HOUSE, Maiko is currently doing her PhD while continuing her artwork.

Singaporean-Taiwanese Hsiung Lu-Fang graduated from Lasalle College of the Arts, Singapore in 2007, and has since worked as an artist’s assistant both locally and on overseas projects, including one in China assisting an Australian glass artist. She has helped to paint murals for various establishments, design cards, icons, CD-covers and other publicity materials, while writing art exhibition reviews for the Singapore Architect magazine, as well as participating in a few group shows.

Established in 2004, INSTINC is an artist-run institution that promotes a new language of art. Following the tradition of painting, INSTINC has pushed the paradigm to realize a wide array of art forms, including but not limited to installation, performance and video art. One of INSTINC’s key missions is to encourage collaboration, cultural exchange and the sharing of ideas in contemporary art with local as well as international artists. Hence in 2009, INSTINC’s international artist residency program was launched. Through exhibitions, art workshops, artists’ talks & collaborations, INSTINC aims to establish an exciting platform where artists and the public can engage with contemporary art and critical discourses. To further promote the contemporary art scene in Singapore, in 2011, INSTINC spearheaded its inaugural “Squares Invasion” Painting Competition in search of artists at the forefront of contemporary painting.